This man seems to be good for surprises: In 2013 he stands in the exhibition calendar of the Women's Museum in Bonn. Inspired by the exhibition " Black Chocolate " , which opens next Sunday , 16/12/2012, Wolfgang Klaus Maria Friedrich used not only  brushes, but also chocolate for  four of his paintings. He shows them together with a chocolate fountain and a "provocative" pastries at the museum.

Needless to say, we take on this steep submission! Who is this man who enters into the Women's Museum? The Cologne Ex - gallerist Olaf Clasen wrote about him:

"The artist Wolfgang Friedrich , a tower of a man - just in the Women's Museum? A paradox? Yes, why not? Does the world of arts not predominantly exist paradoxical? Also, that he has the four pictures shown here partially painted over with dark chocolate, may be a socio-political allusion .

Who knows Wolfgang Friedrich's work , know that each of his paintings is meant politically. Sometimes delicate allusion, often bitter aftertaste. In this small but mighty group of works is undoubtedly a good quantity of irony inherent. Here sits enthroned the sculpture , the object? An elegant chocolate fountain, garnished with mini penises and something is "talk of the town" . Depending on your taste, it is left to the viewer what he (she) prefers now .

"In Athens" sits the beggar woman with child on the road. Fault? Who knows? Rigorous austerity in case of the poorer and equally rigorous waste among the rich of Europe. Is it easy to cast the first stone? Yes, of course, the philistines always say. But not only in Hellas, everywhere "at the end of the month a few euros are missing" by underprivileged people. In the lap of luxury only the small upper class lives protected by politics.

And again, mother with child, this time Biedermeier transfigured. " What are the wishes of the young german Generation in the economic miracle?  "And then the biggest question of all, no one dares to answer in monotheism:     "What sex is God? "

Well, this is a typical Wolfgang Friedrich - pointer. That's the reason why the artist Wolfgang Friedrich finds entrance to the museums in this country. Because the two-meter-high hunk straightens in the middle of the square and his stentorian voice represents those questions that are otherwise only whispered behind closed doors ."

Remains to be seen whether our visitors on Sunday disdain or accept the chocolate biscuits ...

An artist in the Women's Museum?

While some still ask if they will be permitted to visit the temple of the muses of female arts, one man comes  across and is invited to show his picutres there. The Cologne artist Wolfgang Friedrich convinced the director of the Women's Museum Bonn, Marianne Spiers, that a man deserves a solo exhibition at this place, because he chooses the correct subject: the power of women .

The exhibition Wolfgang Friedrich - Stronger than ... shows from the 26 May 2013 on portraits of strong women. The cluster of paintings is based on an ambitious research. Wolfgang Friedrich has searched the world and he found. He found especially on those continents that otherwise appear only as a feeder of disaster reports. But even there are often social changes that not only work , but also are forward-looking.

Who is already known that the African Union equivalent of our EU, is headed by the female President Nkosana Dlimini-Zuma and that Liberia is under the regency of Ellen Johnson-Sirleaf since 2006. Hasina Waled in Bangladesh and India Pratibha Patil in India shape the destinies of their countries.

We all know, however, that Angela Merkel in Germany has high approval ratings and the Iron Lady, Margaret Thatcher, remains unforgettable. Similarly, Golda Meir, the icon of the policy in the Middle East, is known to many people. And - without any public office - Rosa Louise Parks in 1955 opend the liberation struggle of the African American population in the United States caused by not releasing the reserved for whites seat in the bus . Also without a formal political office, but highly successful, the icon of the German feminist Alice Schwarzer. Target of many attacks - but who is not provoked, even just nothing happens.

These and many other strong women has set in his work block  (Werkblock) "Stronger than ..." Wolfgang Friedrich a monument. For his inimitable style of Political Pop Art , he trust in the realism of screen printing, but alienated him by gestural and painterly means much further than Andy Warhol ever did.

Wolfgang Friedrich threws colour in thick clumps on the canvas, smoothed her, rubs, scratches and scrapes. He creases and hurt the surface to "heal" her later again. For the portrait itself, he chooses very carefully those facial expression that look’s like the fairest one. It is important for the artist to complete the work with the application of a thin layer of sand.

His pictures shall not only work by the visual statement of color and shape, but also by a tactile dimension. However, the 33 archetypal paintings work also by their format of 155 x 155 cm. 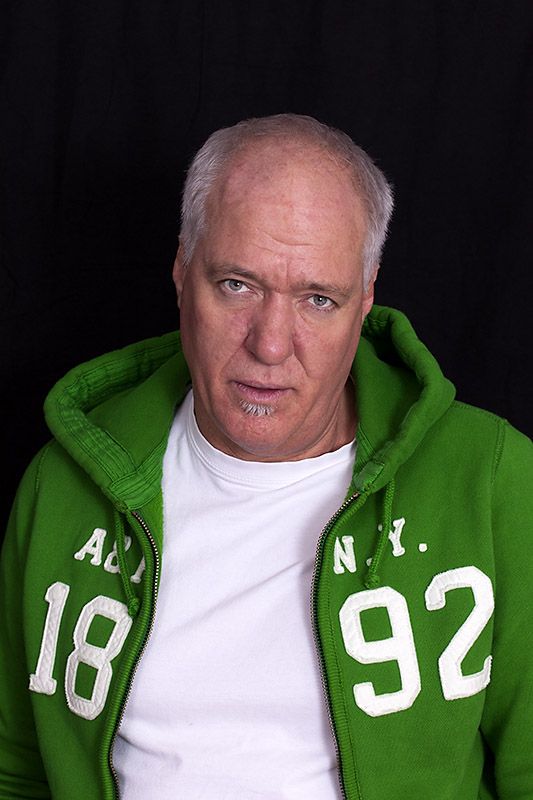